With the recent premiere of “Better Call Saul,” the spinoff from the AMC hit “Breaking Bad,” I figured I’d tug all the Heisenberg fans’ heartstrings and remind them of the drug-based show featuring Walter White and Jesse Pinkman.

Note: We do not condone drugs. Meth is bad. Breaking Bad, however, is good. Very very good. Even if watching the show kind of just reminds me of how much I sucked at chemistry in college.

A Breaking Bad wedding can really go either way, but I’m loving what we’ve put together for you so far! For colors, I’m going with light blue (yes, the color of Walt’s ultra-pure meth) and black, with touches of green.

I will start out with my personal favorite find for this theme: a chemical reaction in place of a unity candle. Personally, I’m a fan of unity candles. I think they’re a great part of any ceremony. However, this chemical reaction is just seriously cool. One of you has a flask of sodium phosphate, and one of you has a flask of copper phosphate, and when you put them together it forms an irreversible bond — much like your marriage! I found this on Cation Designs. I think this is such a cool thing to do for any science geek in their wedding, but for a Breaking Bad wedding? I can literally see a young Walter trying to beg Skylar to let him do this at their wedding. (And Jesse rolling his eyes).

If you’re looking for a way to do your escort cards, Walter White would be proud if you did them in the form of a periodic table. Found on Buzzfeed, I think this mostly speaks for itself. Moving on!

Rock candy is pretty much required at this wedding. Blue rock candy, to be specific. Because, obviously, it’s the most pure when it is blue. (OK, maybe in the rock candy world this isn’t necessarily true. But apparently it is in the meth world?). Plus, who doesn’t want to remember their childhood once in awhile? I used to love this stuff!  This particular candy was found on Southern Weddings! Another food idea is to serve some little mini pizzas. Jesse would be proud, and I literally laughed so hard that I cried when Walt threw that pizza on the roof!

I found this on Flavor Wire. I happen to also work as a bartender, and I want to make this so badly now. It sounds so sour, but I don’t even care because it’s awesome. This idea is perfect for those of you who are trying to have limited bars, because this could be your signature drink!

Rock candy cake, anybody? This is adorable and would fit in so well! I’m excited about this cake from Concertina Press.

And where to have this wedding?

I’ll admit, I struggled with this. The obvious choice is a desert, but we live in Virginia. Mountains, we have. Deserts, not so much. But this venue, Sorella Farms in Evington, has such a gorgeous backdrop, and also fits the pretty nicely! The backdrop actually does remind me of the middle of the desert where Walt and Jesse cooked in the RV! Although I do hope that no one will run through your wedding in tighty whities. That’s not OK.

What do you ladies think? Would you try any of these ideas? Like below and leave a comment with what you think, and we’ll see you next week with the bridal party look!

Beth graduated from James Madison University in 2014 with a degree in journalism. Most of her spare time is spent looking at wedding dresses and watching Netflix, hoping to get more ideas for Style Inspirations.
← previous article 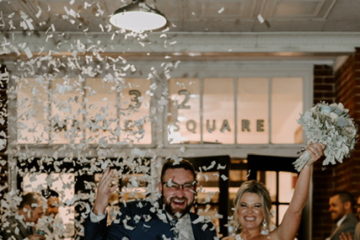 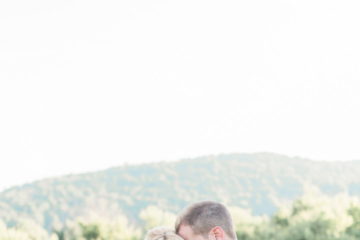 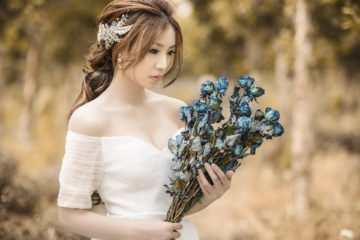