MILLENNIALS HAVE MADE PRENUPS THE LATEST WEDDING TREND 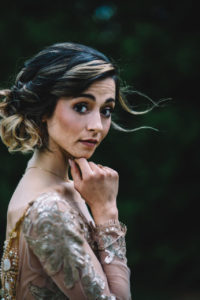 The number of couples entering into premarital agreements has surged in recent years, and Millennials are leading the charge.

Prenuptial agreements once had a negative stigma attached to them.  In the old days, prenups protected the party with the most money, which often was the man and fostered resentment and fear within the marriage.  However, the number of couples signing a premarital agreement before tying the knot has skyrocketed in recent years.  These days, the stigma of entering into a prenup is ancient history, thanks in part to the many Millennials who have viewed the idea of a prenup as a smart business/life move.

According to a recent survey taken by the American Academy of Matrimonial Lawyers (AAML), 62% of divorce attorneys reported seeing an increase in the total number of clients seeking prenuptial agreements before marriage in recent years.  Notably, more than half of the matrimonial attorneys who responded to the AAML survey also reported an increase in the number of Millennials requesting prenuptial agreements. (SOURCE: American Academy of Matrimonial Lawyers.)  Millennials in particular are choosing premarital agreements as the preferred option to protect separate property holdings, business interests, and to avoid potential alimony disputes.

There is a longstanding misconception that prenups are only for wealthy individuals seeking to avoid alimony.  The Millennial generation is shifting the paradigm and finding that prenuptial agreements are valuable for most income levels, especially if either spouse has school loans, business debt, or been married previously.  Many Millennials have realized that a prenup is an opportunity to pre-negotiate and guarantee a minimum/maximum amount of alimony.  They tackle the agreement as a team as part of their wedding planning and get married with confidence.

Why have Millennials embraced prenups more readily than past generations?

Since there is no way to ask every couple why they signed their premarital agreement, we can only make educated guesses as to what caused the rise of the Millennial Prenup.  It is possible that some relevant characteristics that are unique to Millennials (born 1981-96) have contributed to their generation’s embrace of premarital agreements.

Millennials are getting married later than previous generations.  In 1965, the average American woman first married at age 21 and the typical American man wed at 23.  By 2017, those figures climbed to 27 for women and age 29.5 for men. (SOURCE: Pew Research Center, How Millennials today compare with their grandparents 50 years ago, March 16, 2018.)  Because they are marrying later in life, Millennials have had the opportunity to accumulate more assets (savings/retirement accounts, car, etc.).  According to the AAML survey, the most common item covered in recent prenuptial agreements was “protection of separate property.” (SOURCE: American Academy of Matrimonial Lawyers.)  That result suggests that Millennials have worked hard to accumulate their assets and savings during their single years, and they want the protection for their property during their married years that a prenup can provide.

As a generation, today’s Millennials are much better educated than their grandparents.  Women have certainly made gains in educational attainment, and are now more likely than men to have a bachelor’s degree.  Women are also outpacing men in attaining advanced post-graduate degrees, and these gains have contributed to their progress in the workforce at large. (SOURCE: Pew Research Center, For Women’s History Month, a look at gender gains – and gaps – in the U.S., March 15, 2018.)   Perhaps it should come as no surprise that, according to the AAML, more and more women have been requesting prenups in recent years.

For many Millennials, their higher education burdens them with debt in the form of student loans, often with jaw-dropping balances by the time they graduate.  The increased student loan debt that burdens the Millennial generation may also be prompting partners to enter into premarital agreements.  Because they are marrying later in life, Millennials have had the opportunity to accumulate more debt (car loans, mortgages, student loans, etc.), and life just gets more complicated as we age.  If one spouse has significantly more debt than the other, a prenup can insulate the debt-free spouse from the other’s debt if the marriage ends in divorce.

Some experts theorize that Millennials have more doubts about the longevity of marriage in general.  Why would Millennials evaluate the traditional pledge of “till death do us part” with more skepticism than generations past?  Maybe it’s because Millennials have had more exposure to divorce and its consequences than any previous generation.  Only 62% of members of the Millennial generation were raised by both parents, whereas 85% of Boomers (born 1946-64) were raised by both parents.  (SOURCE: Pew Research Center, Missing Mom or Dad, March 22, 2010.)  Millennials have experienced divorce through their family and friends at all-time high rates, and they aren’t naïve and want to protect against it.  Maybe that also explains why this generation hasn’t exactly rushed to the altar.

Millennials are breaking the mold in many ways from former generations, including their more cautious (and often pragmatic) approach to entering the legal contract of marriage.  No matter what has caused Millennial interest in premarital agreements to spike, it is likely that the shift in paradigm in favor of prenups will influence future generations.  This prenup wedding trend that Millennials have ushered in may not be fun, sexy or romantic—but it sure is forward-thinking.

Jeffrey Weaver, Esq. is the founder of Prenup Pros®, a law firm based in Northern Virginia that only specializes in prenuptial agreements.  Jeff has prepared contracts for clients since 1999 and through Prenup Pros he applies his expertise and experience to prepare prenuptial agreements for clients located in Virginia, Florida, New York and New Jersey.

Jeff formed Prenup Pros® to provide marrying couples access to affordable, easy-to-understand prenuptial agreements because he believes that all couples should at least consider a prenup.  His belief derives from the fact the he personally experienced the benefits that a prenup can provide, and he has seen too many friends, family and colleagues suffer through contested divorces with devastating effects on the well-being of their children.  When they decided to separate, Jeff and his ex-wife were grateful that the prenuptial agreement they had signed many years earlier pre-resolved the majority of things divorcing couples usually fight over and allowed them to focus on minimizing the impact of their separation on their son.  Many years after their divorce, Jeff and his ex-wife enjoy a friendly and collaborative 50/50 co-parenting relationship centered around the best interests of their son.  Both of them agree that having a prenuptial agreement to guide them through their divorce immediately set a tone of cooperation and collaboration that lasted throughout the divorce and continues to benefit all of them today.

Prenup Pros® currently offers prenuptial agreements to clients located in VA, FL, NY and NJ.  For more information on the firm or to schedule a free consultation with a Prenup Pros attorney, go to PrenupPros.com.

DISCLAIMER: This article and its contents represent the opinions of the author only and (1) is not intended as a solicitation, (2) is not intended to convey or constitute legal advice, and (3) is not a substitute for obtaining legal advice from a qualified attorney.   You should not act upon any such information without first seeking qualified professional counsel on your specific matter.   The hiring of an attorney is an important decision that should not be based solely upon articles or advertisements. 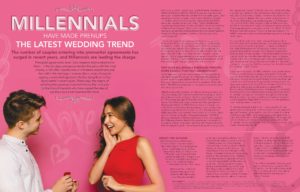 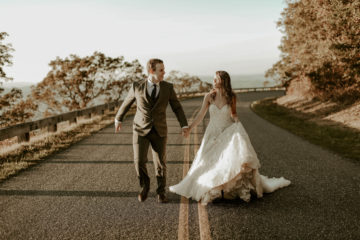 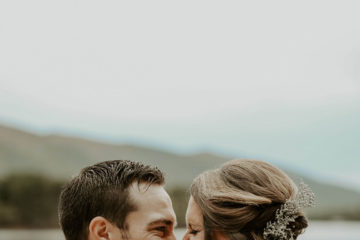 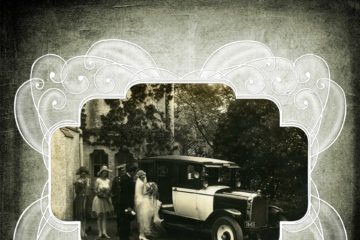